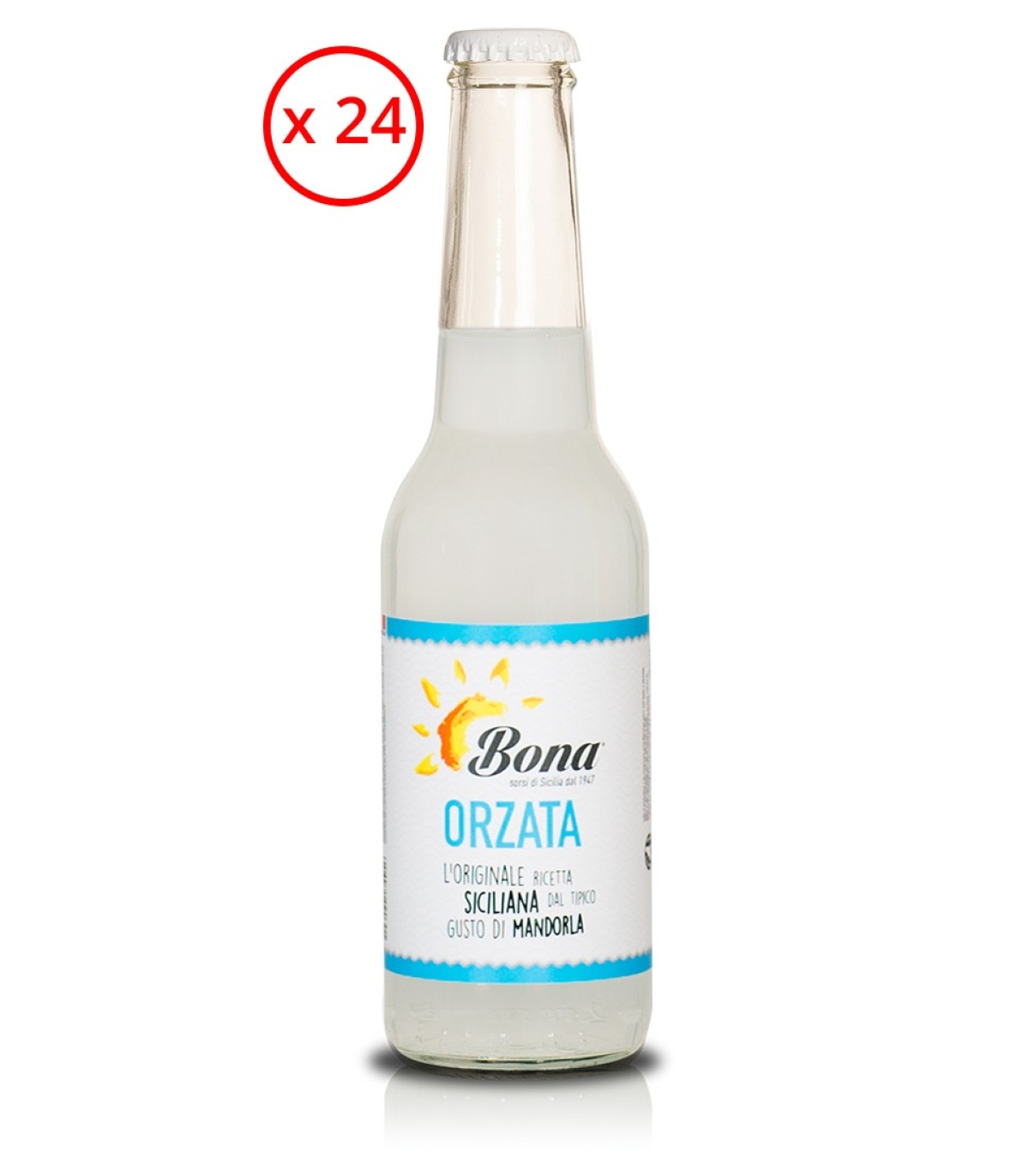 Shipping: Free Shipping €162.00
United States
Estimated delivery: Click the country to select the courier
Custom duties are included in shipping costs and paid by Oltrevino for you

Why I recommend Orgeat Bona

Orgeat Sicilian Bona is the beverage to the taste of almond of Sicily. The unique taste of bitter almonds and milk-white in colour, thirst quenching and irresistible unique in its kind. Good taste served fresh or with ice, to savor, perhaps with the addition of two leaves of mint, or mixture, to invent tasty and refreshing cocktails such as the Barraqueta: (2 parts) Orgeat Bona (1 part) coffee liqueur.

The company: since the beginning of the 40s he began to produce in Sicily, the first Gaseous, and wanting it, was an enterprising man Vincenzo Bona. Immediately after the post-war period the desire to rebuild has increased, and the production activity of the Gas was also extended to other products closely linked to the territory as the Orange, the sweet Soda, and Lemonade... see the card.