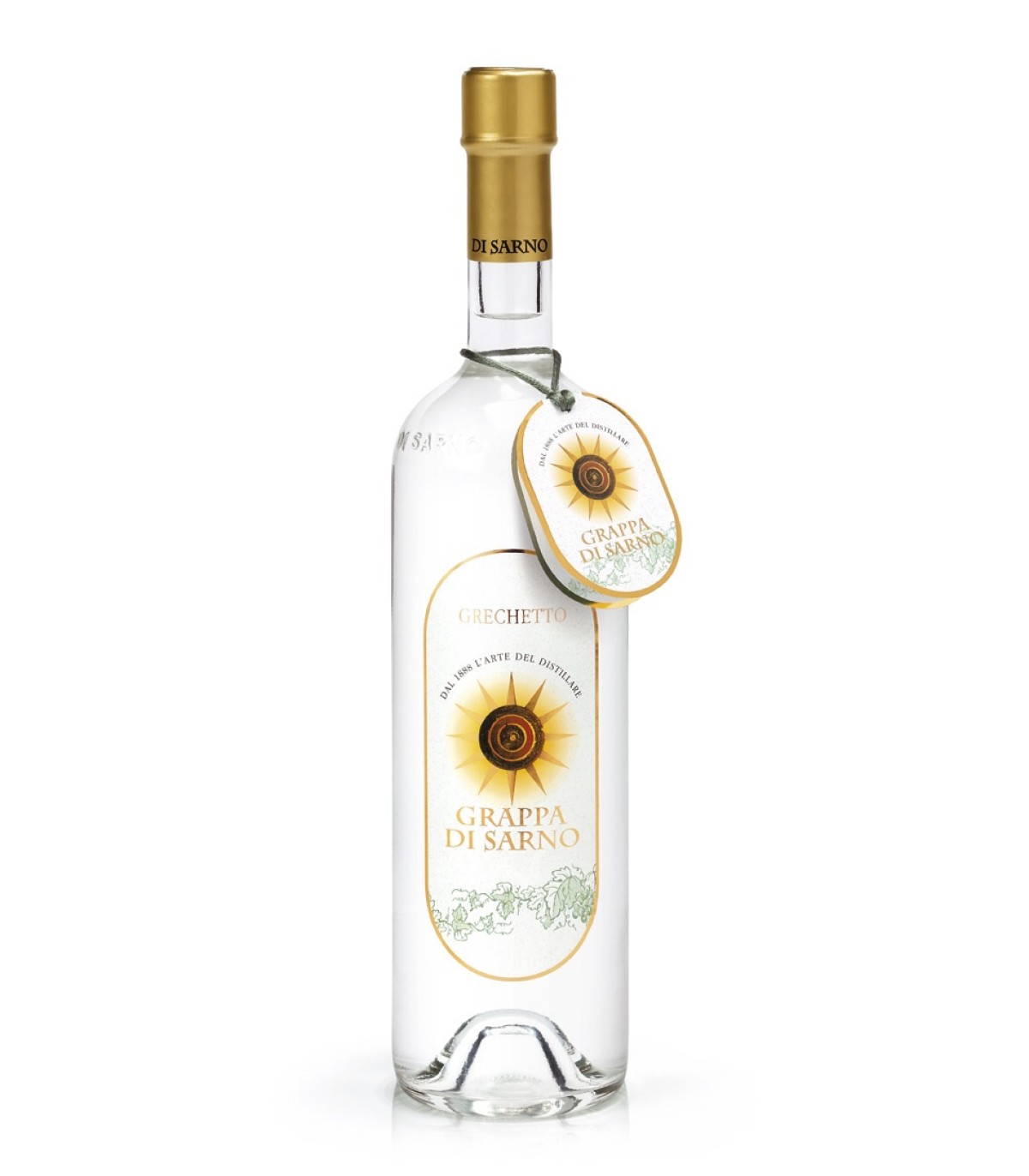 It is the fruit that symbolizes the art and the wisdom of the distillation, a true standard-bearer. The fragrances of the grappa Di Sarno represent the evolution of the new that moves forward, generational renewal, which happens to be the guide of Distilleries, Lorenzo.

The Sommelier: The Grappa di Grechetto Di Sarno ha color trasparente and crystal-clear, extracted from the vinaccented with grapes Grechetto of Umbria, considered one of the grapes most important in the region. Has a fresh aroma and fruity and the taste is pleasant, round, clean.

Serve Grappa di Grechetto Di Sarno at a temperature of 9 to 11°C in the chalice Tulip small.

Distillery: Sarno, distillers, for over a hundred years, four generations of entrepreneurs bound by a red thread, with a vision of the future is very wide, courage in choices with risk capacity and ability to change...go to the card.