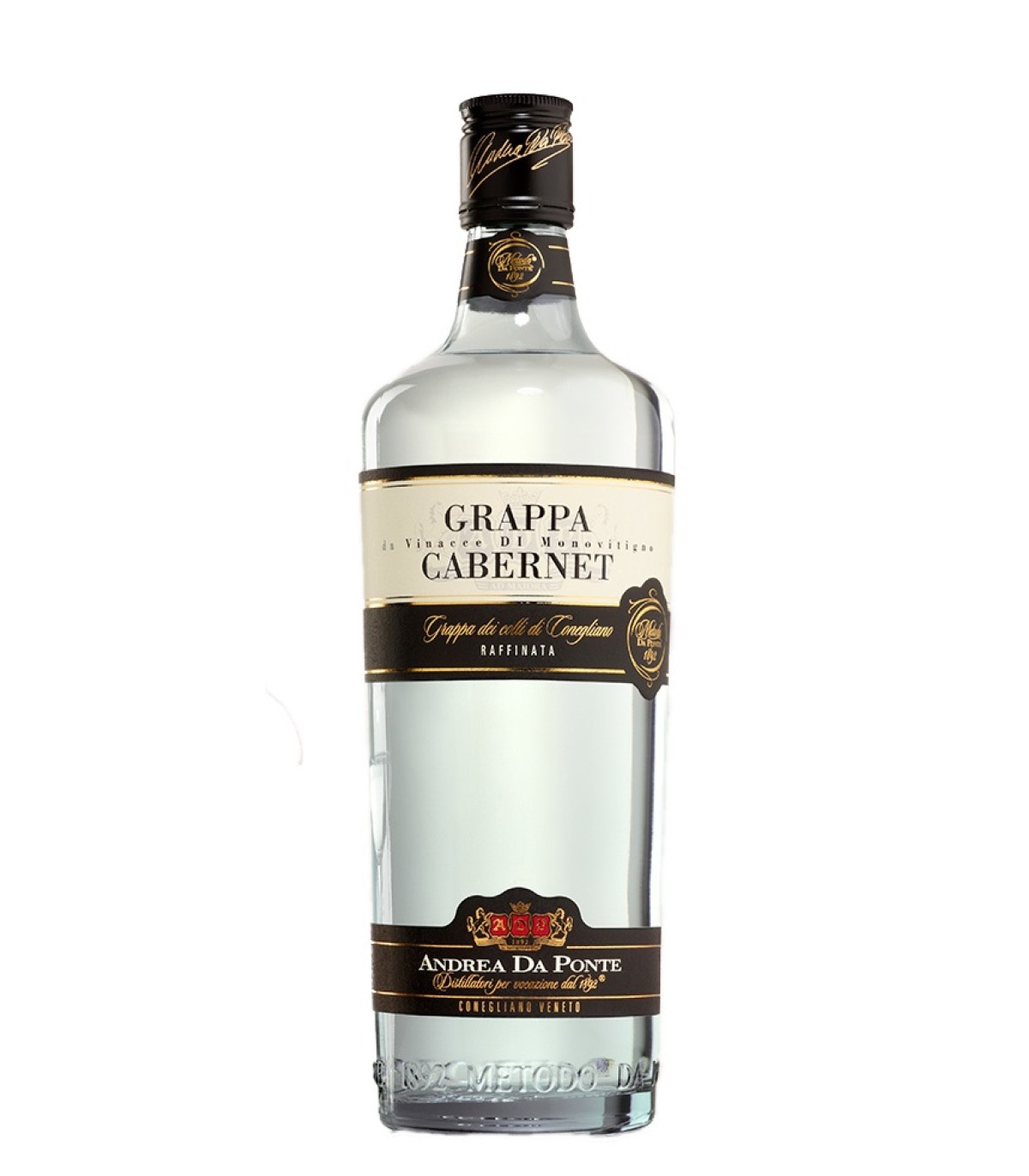 Why I suggest Grappa di Cabernet

Grappa young single-variety Cabernet Sauvignon with fresh pomace produced in the area of Conegliano, and preserves the typical characteristics of the grape variety. Grappa Italiana di Cabernet gives the essences of herbage, which mingled with the scents of berry fruits.Soft is an original touch of panache added to the coffee or the traditional 'resentìn'.

The Sommeliers Grappa di Cabernet has the transparent color and crystal-clear, taste clean, snug, unique, and unrepeatable. Warm fruity notes make it immediately pleasant, with hints of spice, licorice and black pepper.Its bouquet is fresh and floral, the double distillation in bain-marie, allow to preserve the unique flavour of flavour and elegant.

Serve at a temperature of 8 -10°C in the chalice Tulip small.

Distillery: the soul of The fine spirit From the Bridge, we refer to a period of the end of the Nineteenth century (1892). The brothers From the Bridge, found the company in Conegliano and four years later, in 1896, Matteo Da Ponte refines the encoding of the art of liquor making mastery, giving the prints the famous manual of the distillation Method, From the Bridge... Vto the card.