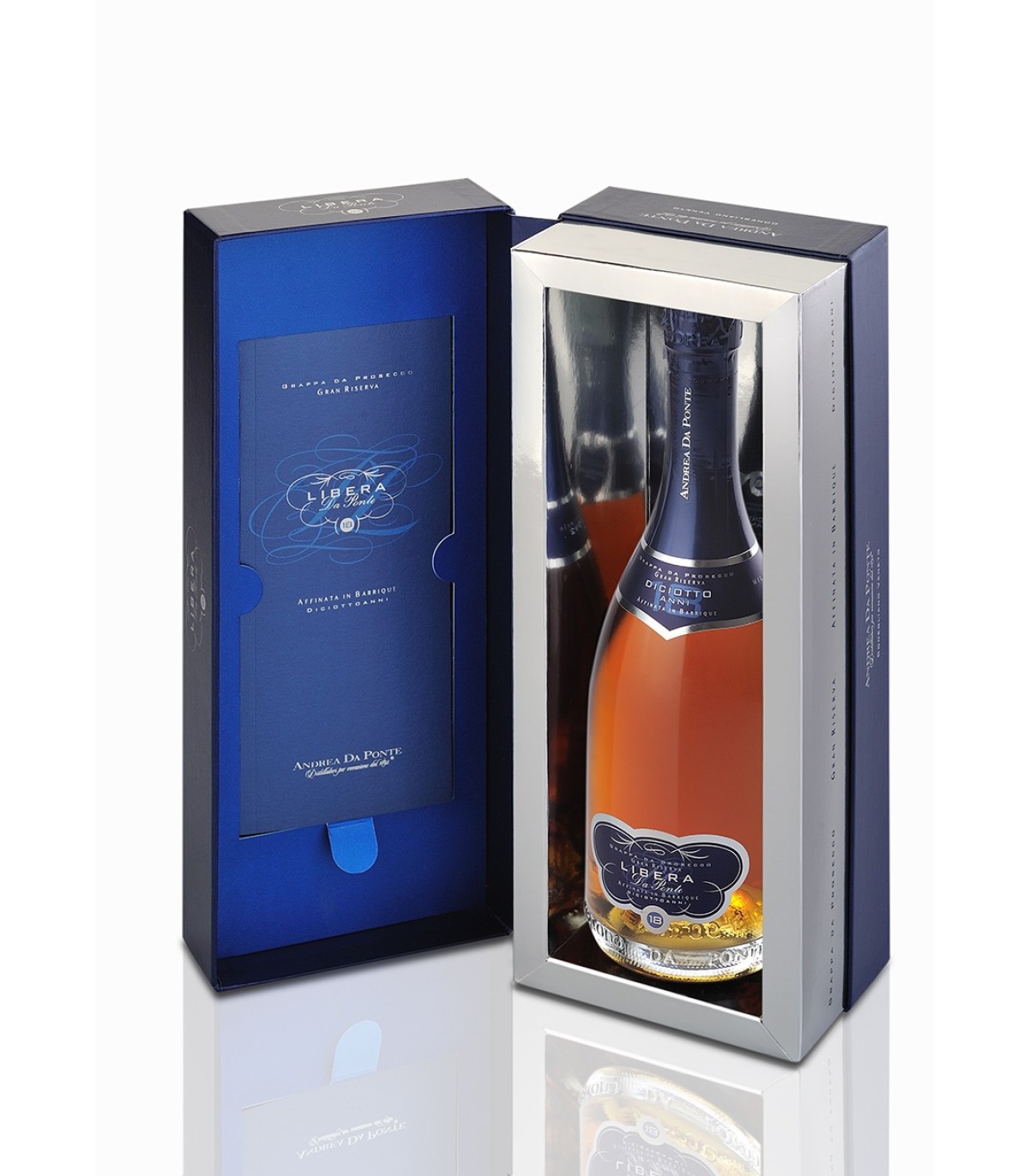 Made with pomace monovitigno di Prosecco of Valdobbiadene, which is characterized by the color amber given load from 18 years of aging in barrels, and its intense scent, an explosion of aromas, and notes even more lovely through the ageing process. The product mass at the Grand Reserve on the hundredth anniversary of the founding of the Distillery.

SCENT: balsamic Notes and hints of honey and enriched with nuances of vanilla and toasted almonds;

TASTE: smooth grappa on the palate, with a pleasant aftertaste of vanilla and honey. Alcohol: 40% vol.

Distillery: the soul of The fine spirit From the Bridge, we refer to a period of the end of the Nineteenth century (1892). The brothers From the Bridge, found the company in Conegliano and four years later, in 1896, Matteo Da Ponte refines the encoding of the art of liquor making mastery, giving the prints the famous manual of the distillation Method, From the Bridge...Go to the card.