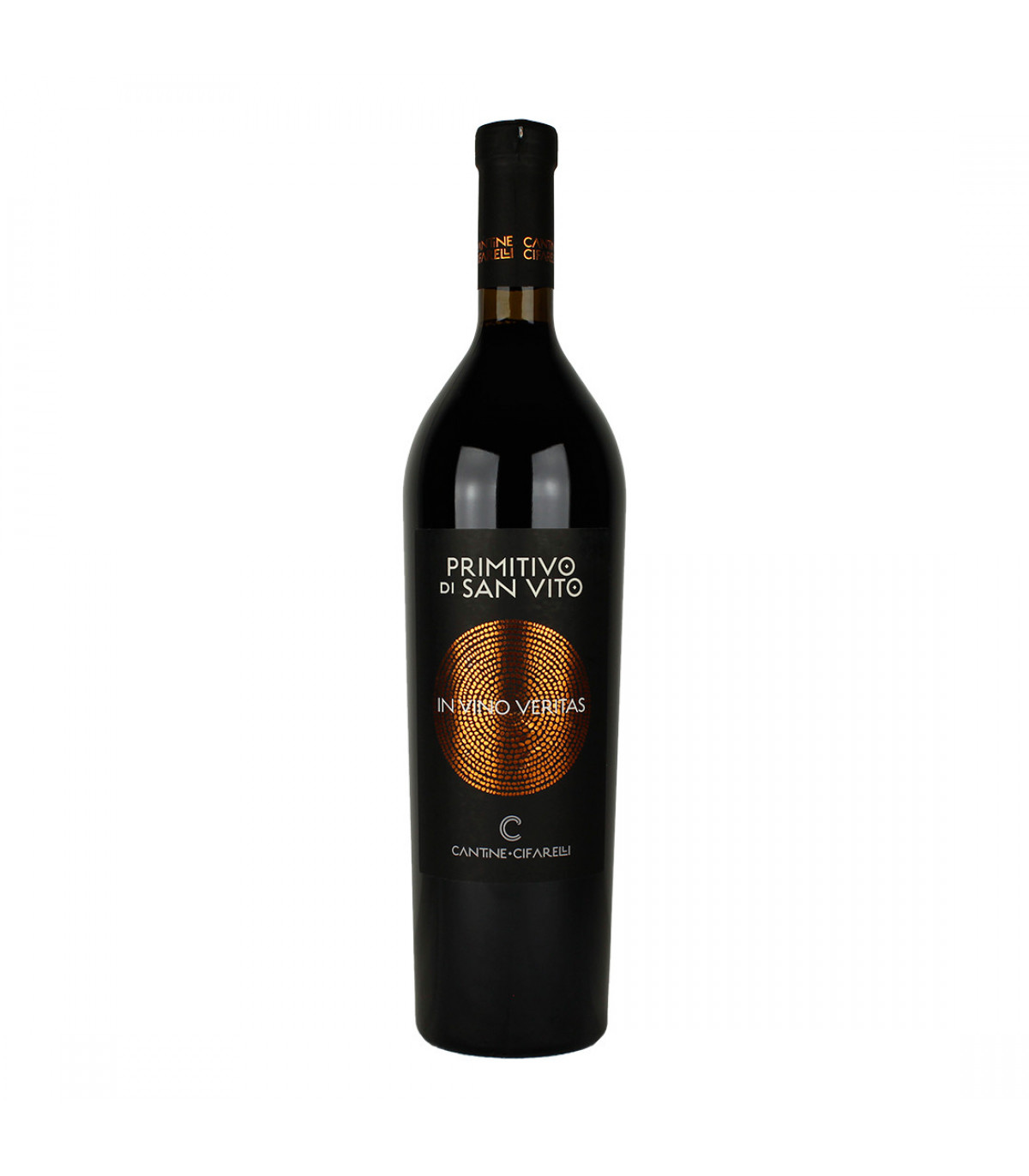 ...let go with the mind, immersed in a luxuriant vineyard and olive trees, and perceive smells of leafy olive...

Red wine from Primitivo grapes, with 14,00 % Vol of alcohol. Ruby red color from the reflection of garnet, Just uncorked a surprise with scents of jam, in particular, the ripe plums followed by spicy notes. On the palate, with a full taste, soft and enveloping, with a final persistence media.

The mountain chain of the apennines reserve, beautiful landscapes, places in which time has engraved the stones by telling themselves. From Monte Vulture to the hills of Matera the sassi of Matera... Go to the card