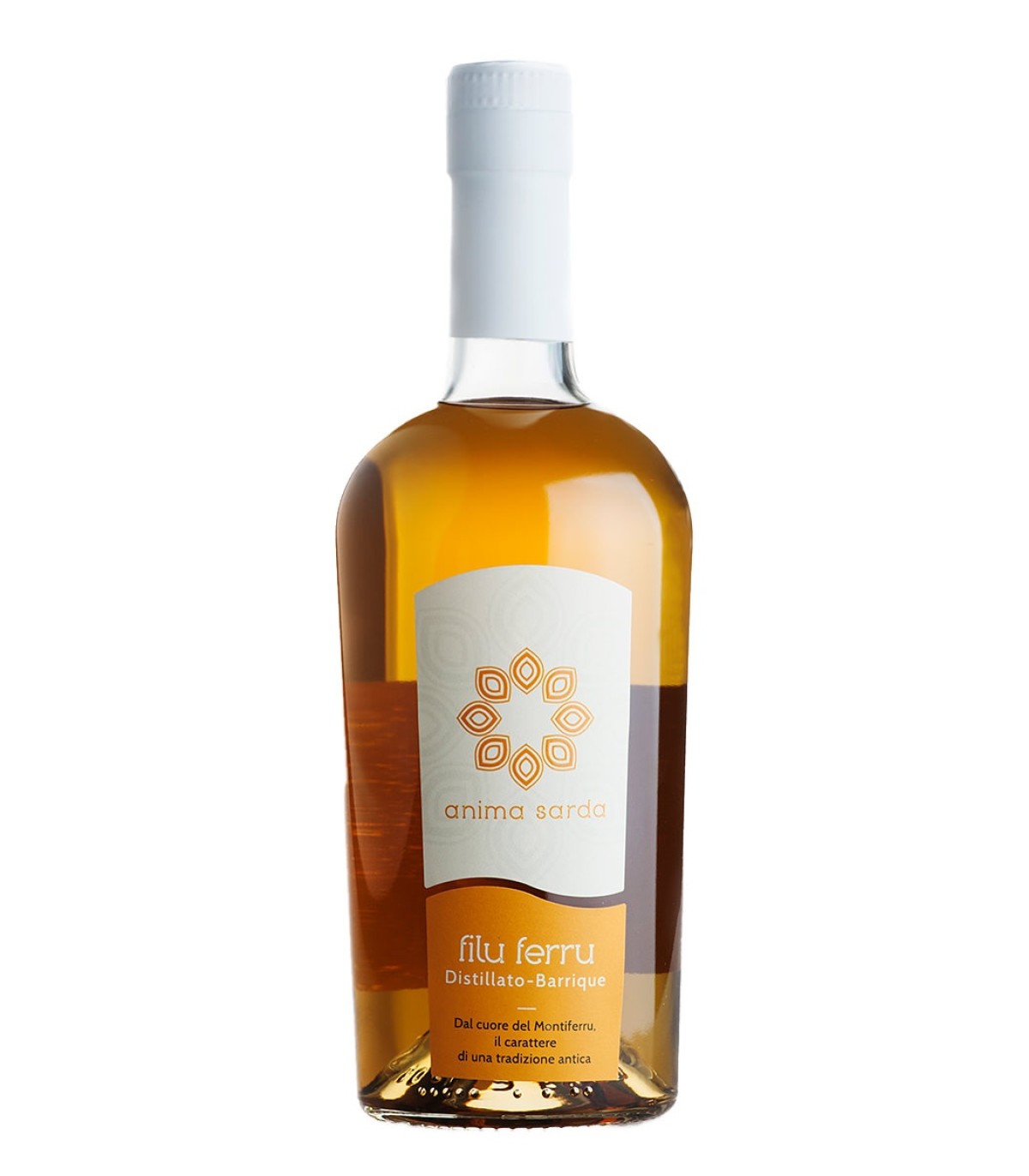 The Filu ’e ferru, the grappa obtained from the pomace of sardinian from the grapes Vermentino, Vernaccia and often of Cannonau, selected by the wine producers, which is aged in barrique.

TYPE: Grappa grapes of the fence;

PERFUME: ethereal and penetrating, and notes of toasted wood;

TASTE: warm, enveloping, soft and characterized by balsamic notes derived from the grape and wood.

Distillery: Santu Lussurgiu, in Oristano province is the ancient capital of the distillation of Sardinia. Charles Pische of the Distilleries Lussurgiu is the heir of the tradition in the art of distillation on the Sardinian territory. The areal production is mentioned since ancient times, dating back to 1776... Go to the card.