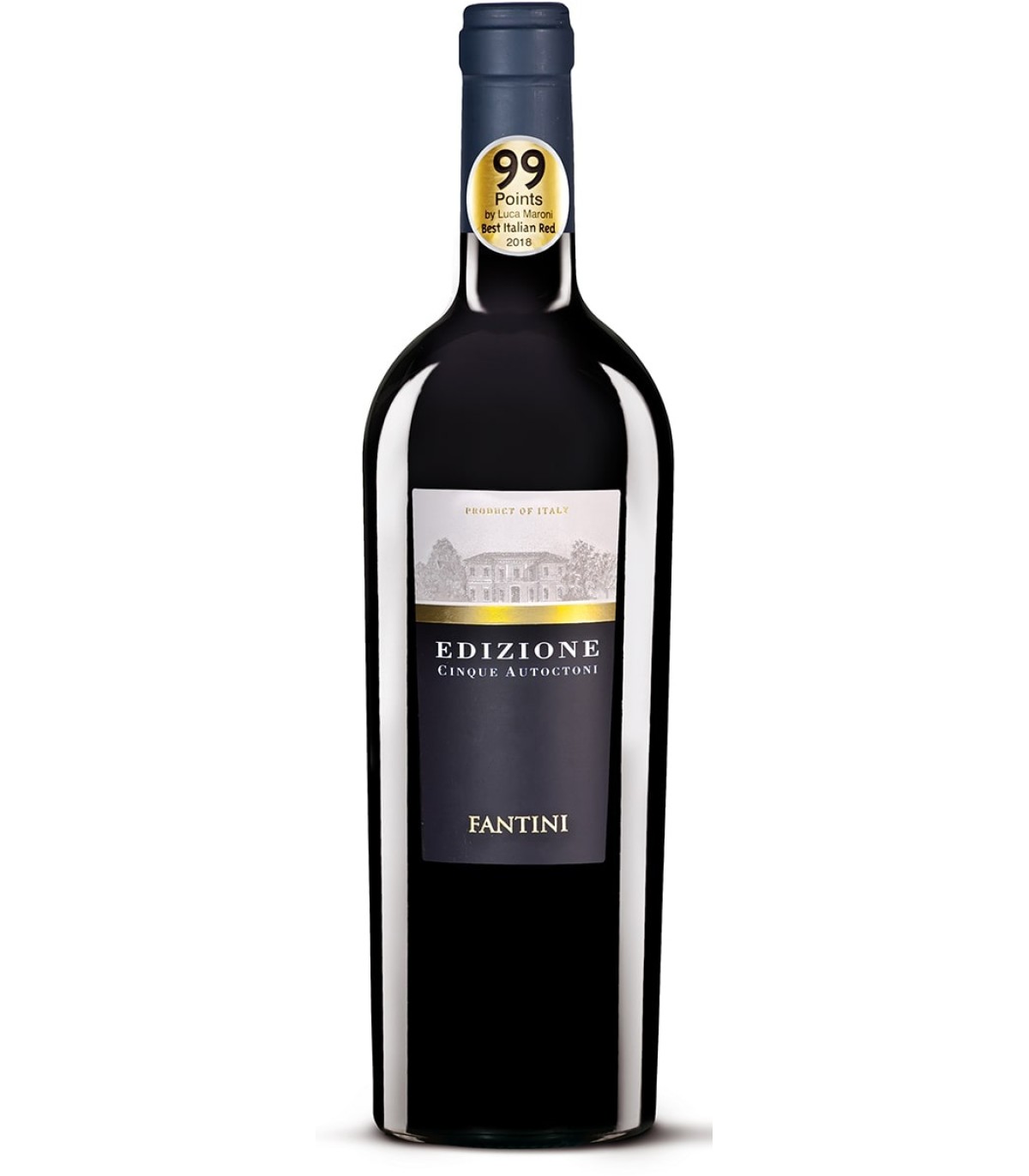 Why I suggest Edizione 20 Cinque Autoctoni

The Super Terroir of Abruzzo and Puglia, wine emblem of the Maison Fantini Farnese. Montepulciano, Primitivo, Sangiovese, Negroamaro and Malvasia Nera. Its enoic power in a glass. Blend of unquestionable quality, red wine that is enhanced in aging and becomes long, winning the 1st place at the table every day.

The power of Montepulciano d'Abruzzo, alongside it is strengthened in Primitivo, Sangiovese, Negroamaro and Malvasia Nera. Wine with inimitable wine characteristics linked to sunny areas: rustic and robust. The wine as a whole acquires a red color and becomes clear and bright, raising in consistency and alcohol content, 14.00% Vol; The fruit matured in the sun until late autumn has been enriched with very complex essences, positively characterizing the identity. Freshness at the first sip, the primitive dampens the somewhat tannic texture of the Montepulciano, which becomes longer with the Sangiovese, while the black Malvasia and Negroamaro contribute to harmonize and balance the wine in refining.

Uncork Cinque Autoctoni ½ h before serving at a temperature of 16-18 ° C in a large Ballon glass.

... a young and dynamic company in Southern Italy. Led by Valentino Sciotti, president and CEO of Farnese Group, and founder, in Ortona, Abruzzo. Qualitative research and marketing communication makes it the leader...