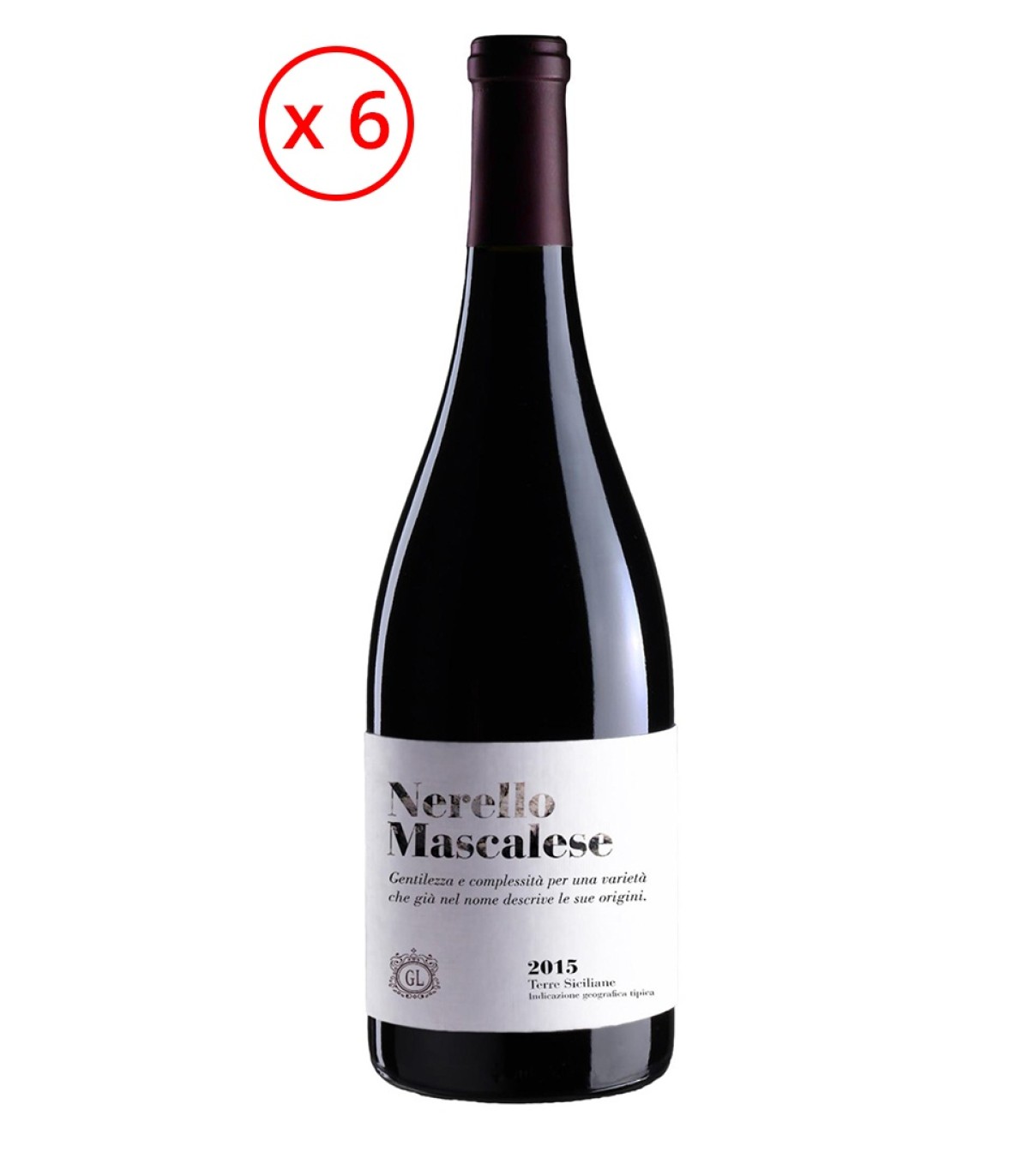 Shipping: Free Shipping €95.90
United States
Estimated delivery: Click the country to select the courier
Custom duties are included in shipping costs and paid by Oltrevino for you

The Nerello Mascalese derives from Mascali, a town in the province of Catania grown by the alberello system defines the grape of the volcano, with its roots in the territory of Sicily. Wines produced with Nerello Mascalese grapes return wines of all 'modest' of absolute elegance and class.

The Sommelier: Elegance and class, the Nerello Mascalese son terroir, the volcanic is a vine that brilliant late ripening, and a small quantity of polyphenols, the wine offers a ruby red color, moderate with reflexes tending to garnet. Fine aromas prevail, with hints of red fruit sensations of cherry, raspberry and strawberry, but also plum, pink and violet with an interesting spicy notes; the flavour is lively given by the strong minerality and excellent acidity, the tannins are elegant and well-balanced. These characteristics of finesse and elegance, often the approach to the Pinot Noir of Burgundy. A combination is certainly prestigious.

Combinations recommended: Nerello Mascalese Terre siciliane IGT 2017 Lisciandrello, alongside the best dishes of meat, stewed or grilled, tried it with a soup of beans, potatoes and eggs, salame sant'Angelo di Brolo, cheese, Mallorcan and it turned out perfect

Cellar: the Cellar Cerasa in Sicily, an island to be discovered and we do it with the insiders as well as by those who had the ability to believe in a project for the production and qualification of the sicilian territory. Terre Siciliane synonymous with terroir, is a part of the world where it is understood the winning... Go to the card.