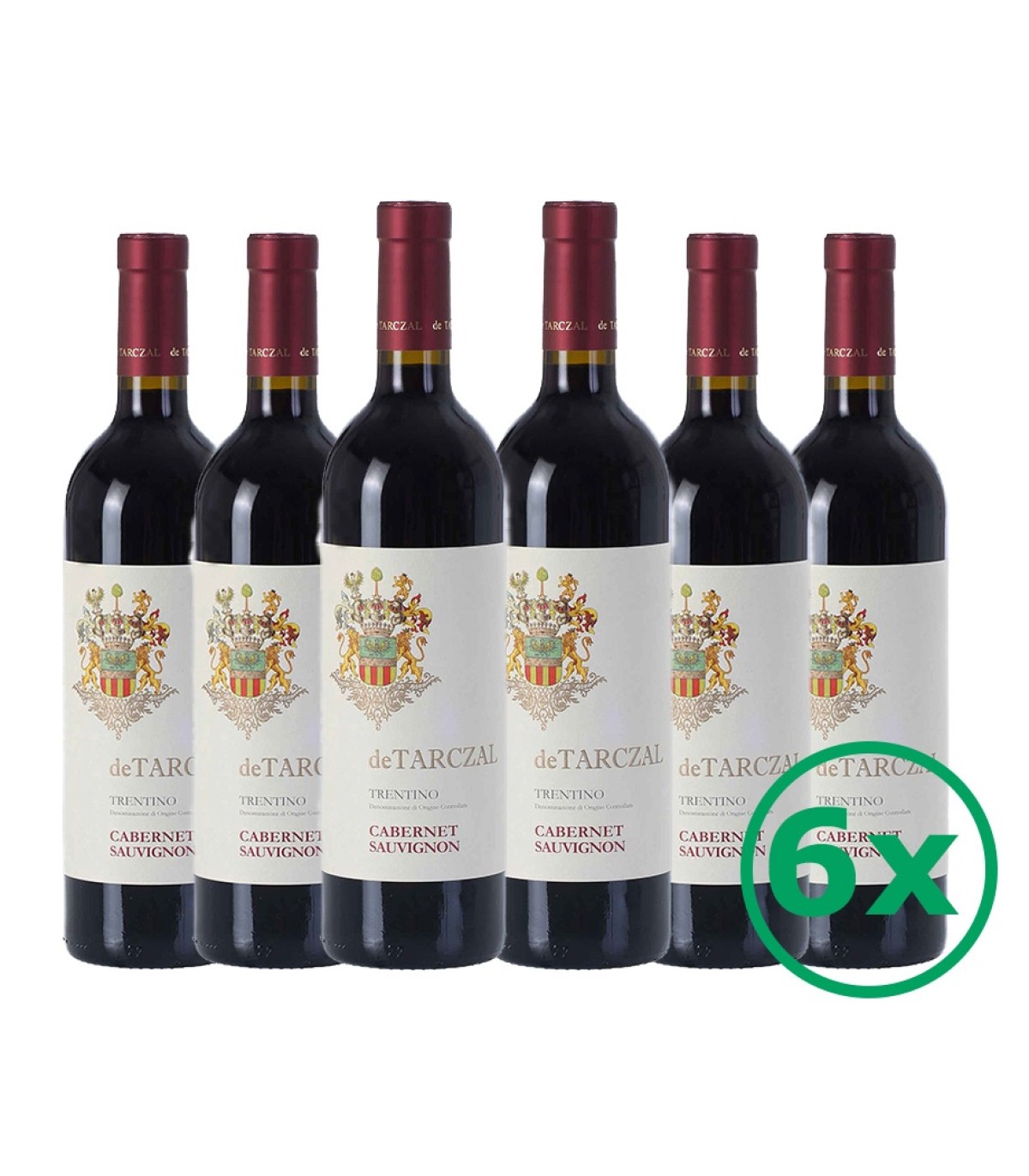 Shipping: Free Shipping €95.90
United States
Estimated delivery: Click the country to select the courier
Custom duties are included in shipping costs and paid by Oltrevino for you

Rich and fruity bouquet, soft and with a strong personality.

The Sommelier: Produced from Cabernet sauvignon grapes with a garnet red color with ruby reflections. Wine of great personality, consisting of its 13.00% vol, clear. Herbal scent; On the palate soft, full, with a good dose of tannins, the finish is persistent.

Winery: The company de Tarczal began its development in the golden years of the Austro-Hungarian Empire, when on the tables of the Court the Marzemino was a penalty ... go to the card.