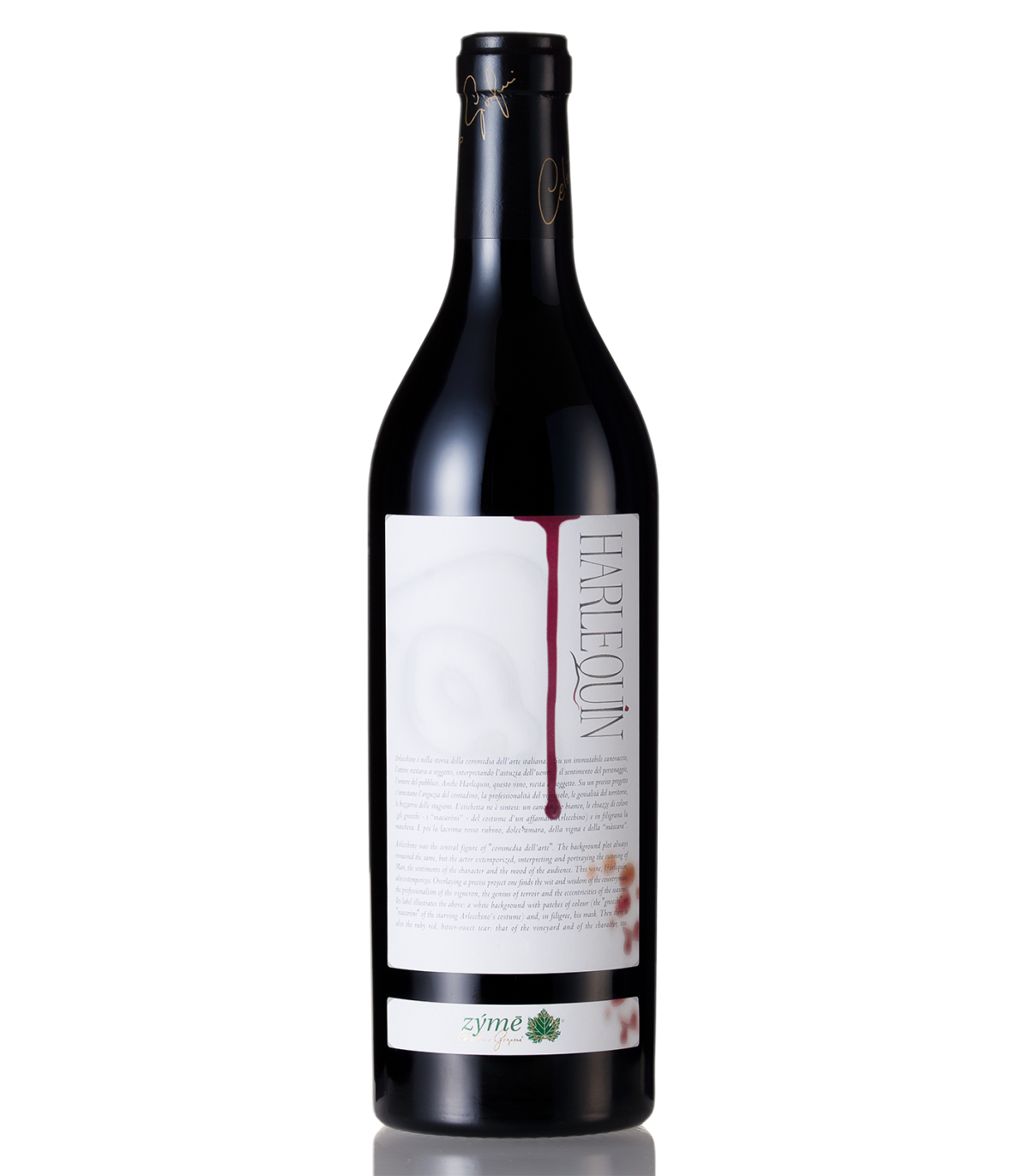 Dry red, rich bouquet and a mix of fruit, of strong personality, expresses power and wealth.

The Sommelier: the Product mix of grapes, HARLEQUIN, from thecolor garnet red with orange-y, vino very consistent with alcohol content of 15.00 %, clear. On the nose great fragrance a mix of scents, immediate red fruits of the forest: blueberries, currants, and blackberries. On the palate, powerful immediately feel the enveloping richness and complexity. Fruit, spices and higher alcohol alternate with flavors of fruit jam, then tobacco, cinnamon, nutmeg, cloves united states to the mineral deposits. Closing persistent and persuasive sweetness.

Uncork Harlequin Rosso Veneto IGP 2015 Zymè and decant, serve at a temperature of 18 °C in the chalice, the Grand Ballon.

The cellar: The name Zymè from the Greek means “in yeast”, is the fundamental element in the world of oenology. Located in the heart of the Classic Valpolicella region,... details.